The 21st century is all about redefining our lifestyle to whole new level. The needs and aspirations, of the 21st century, is drastically different and more demanding than the yesteryears.

People today cherish simplicity and crave for value-added products. If the last century was dedicated to mass-manufacturing, the trend today is for niche manufacturing. 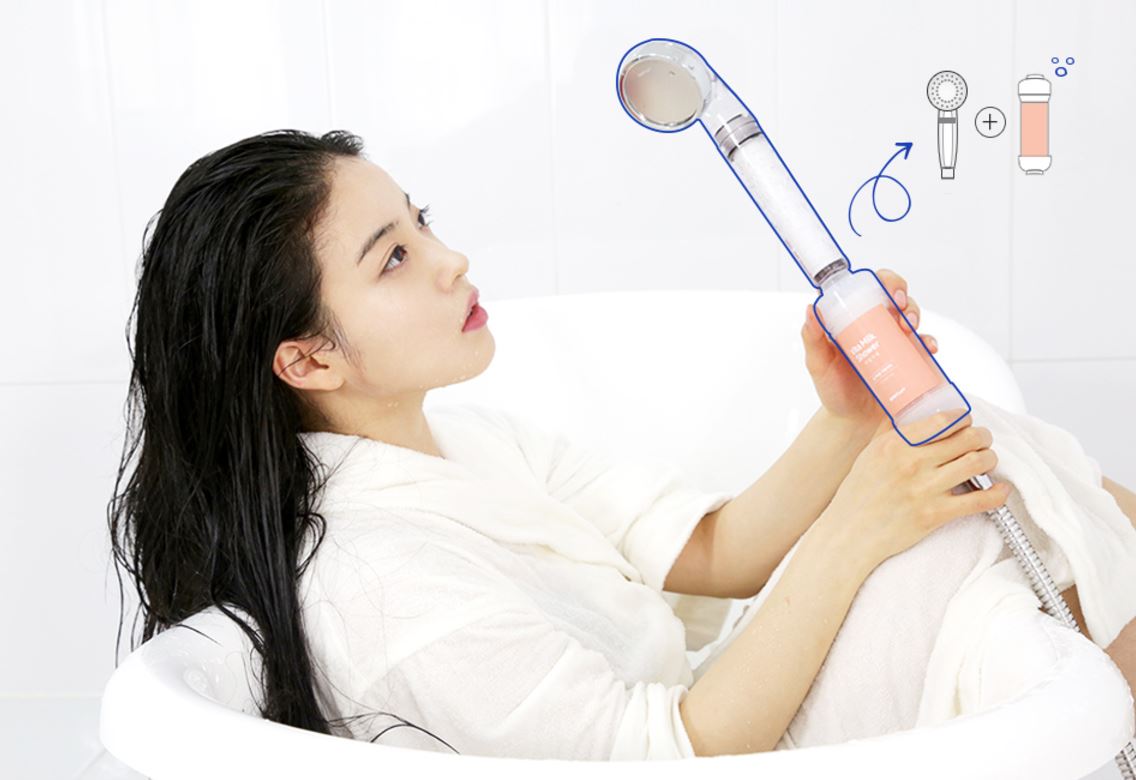 This is where BodyLuv comes in with its unique range of products, all meticulously designed to solve simple things that nobody thinks much about…except us.

There is nothing that beats a relaxing shower at the end of a stressful day. But there is much that is missed out of the shower experience.

Firstly, we underestimate the power of hydrotherapy and how it affects our health. Researchers have confirmed that a simple shower positively impacts various systems of our body, including the mind.

Hence, BodyLuv strives to enhance your shower experience and extract the maximum benefits from a simple shower. All our products are simple to use but add great value to your life. 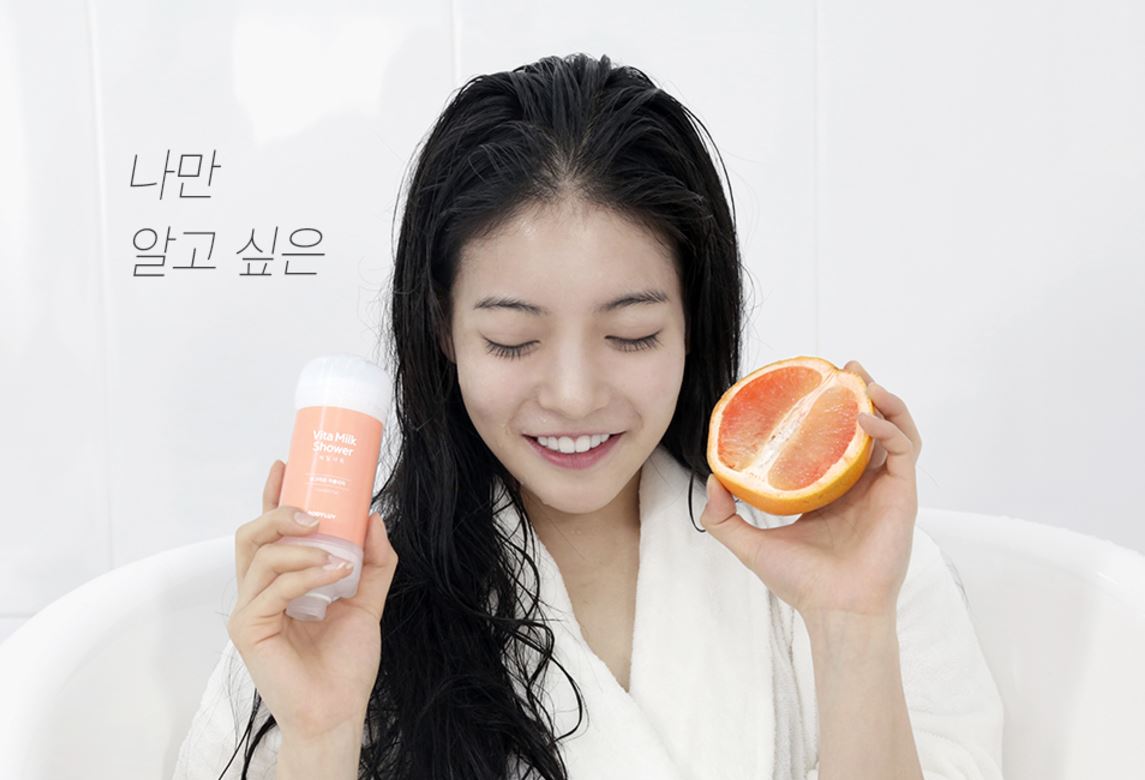 
ENJOY MILK + AROMATHERAPY
IN YOUR SHOWER

Milk can lighten your skin. Milk is a very rich source that is full of calcium. Calcium works by activating the melanocytes, the skin cells that produces melanin pigment. Milk also contains lactic acid which reduces skin’s pigmentation making your skin lighter in complexion. These prevents skin from going dry which can also affect your skin making it darker.

BODYLUV SHOWERHEAD +
SHOWER MILK CAN BE USED TOGETHER FOR MAXIMUM EFFECT 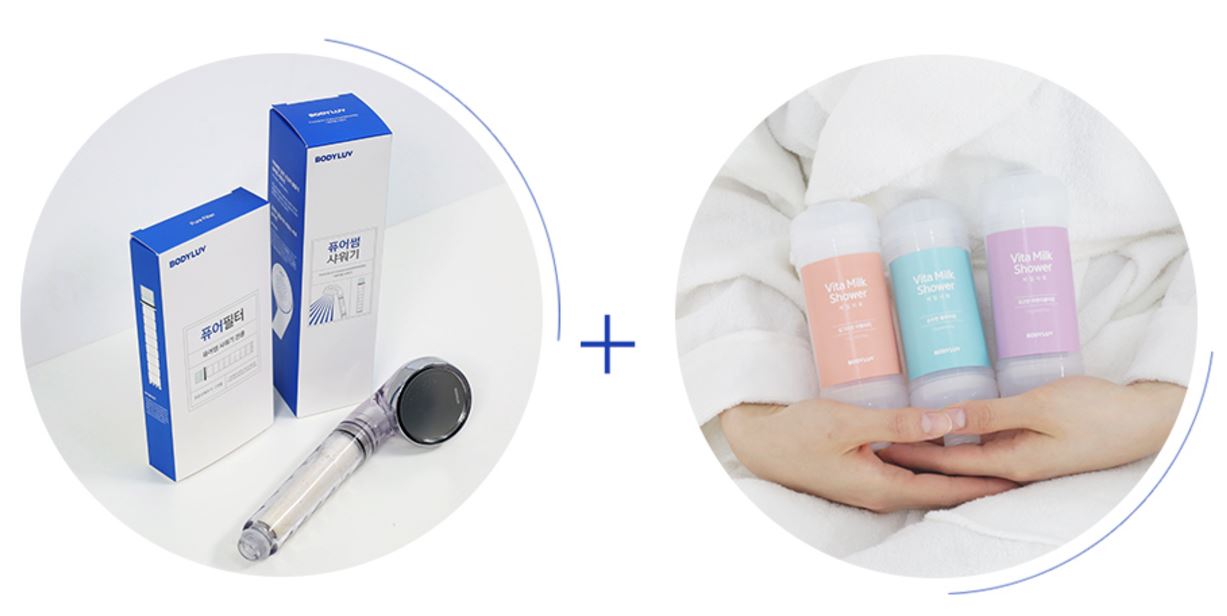 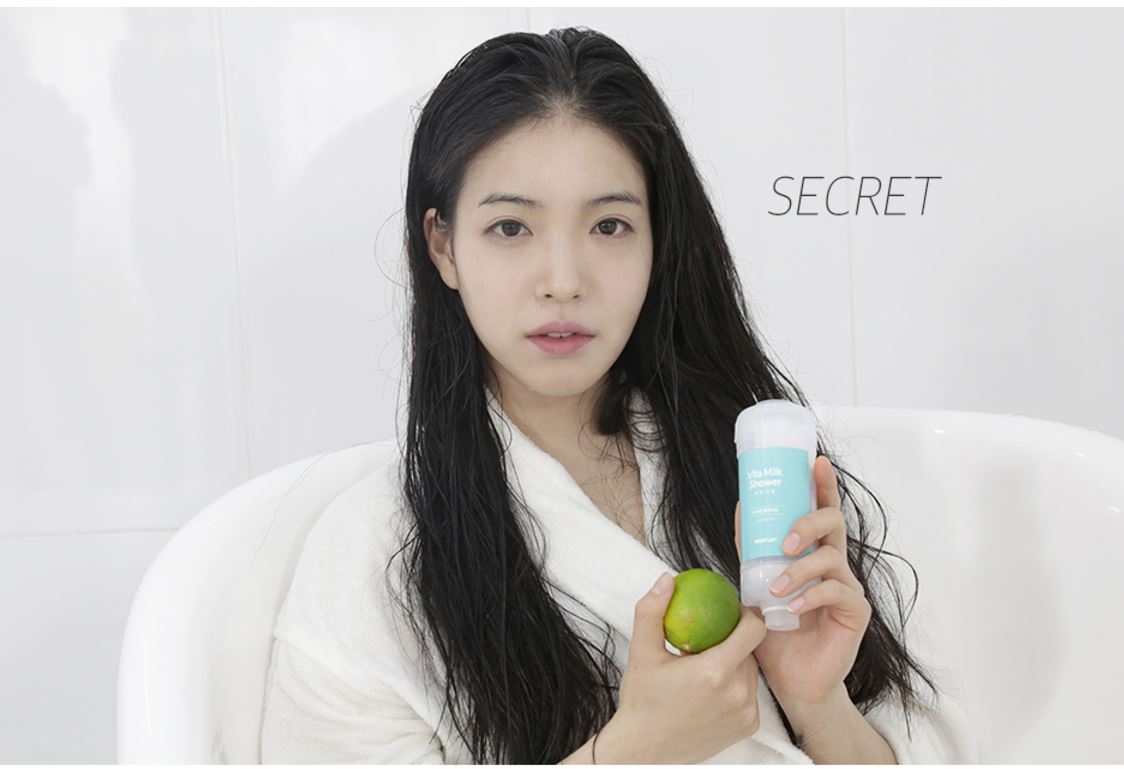 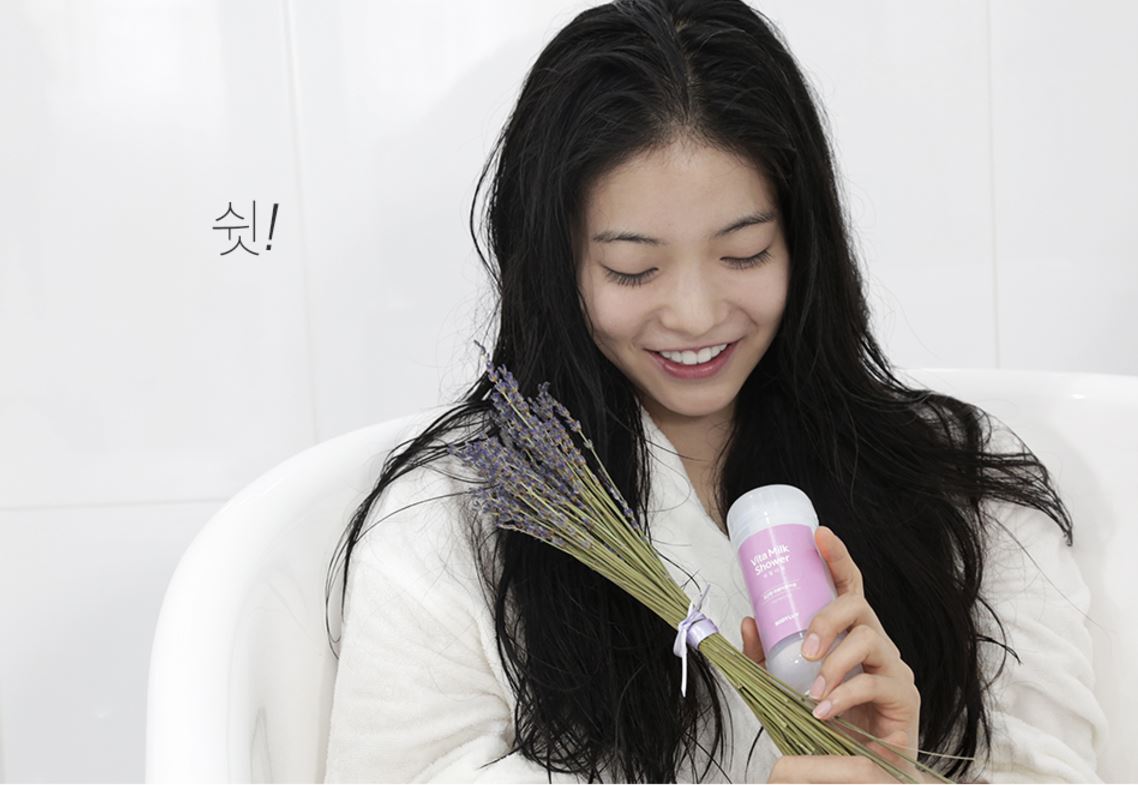 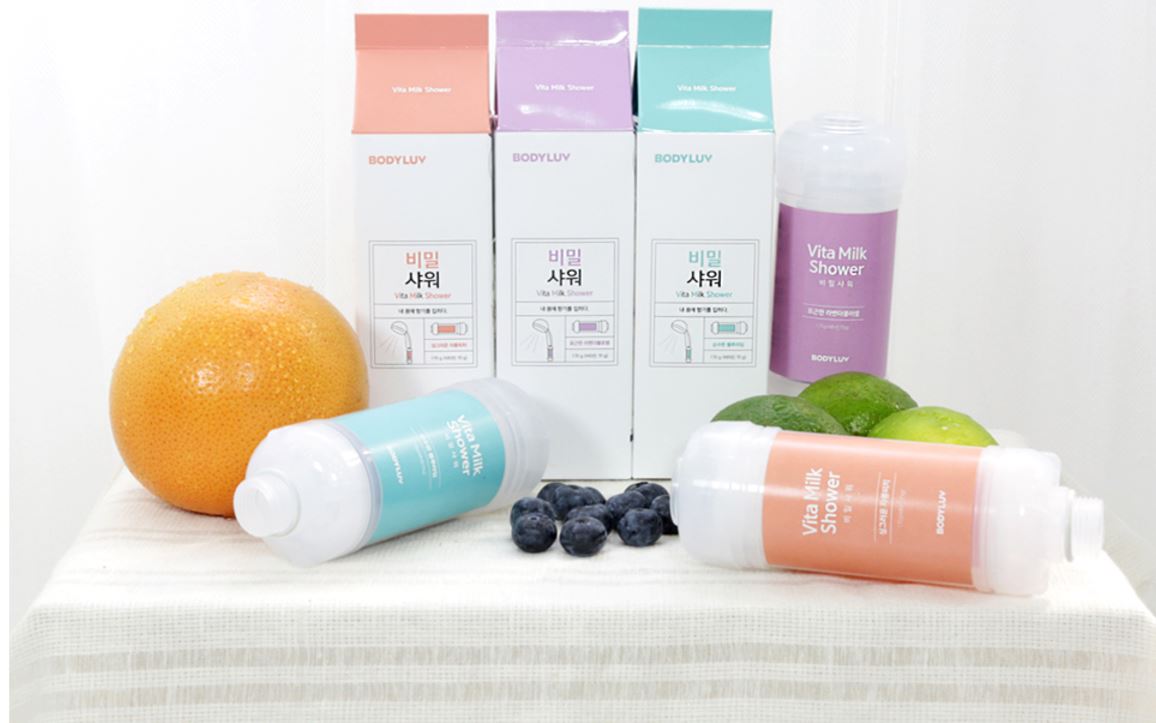 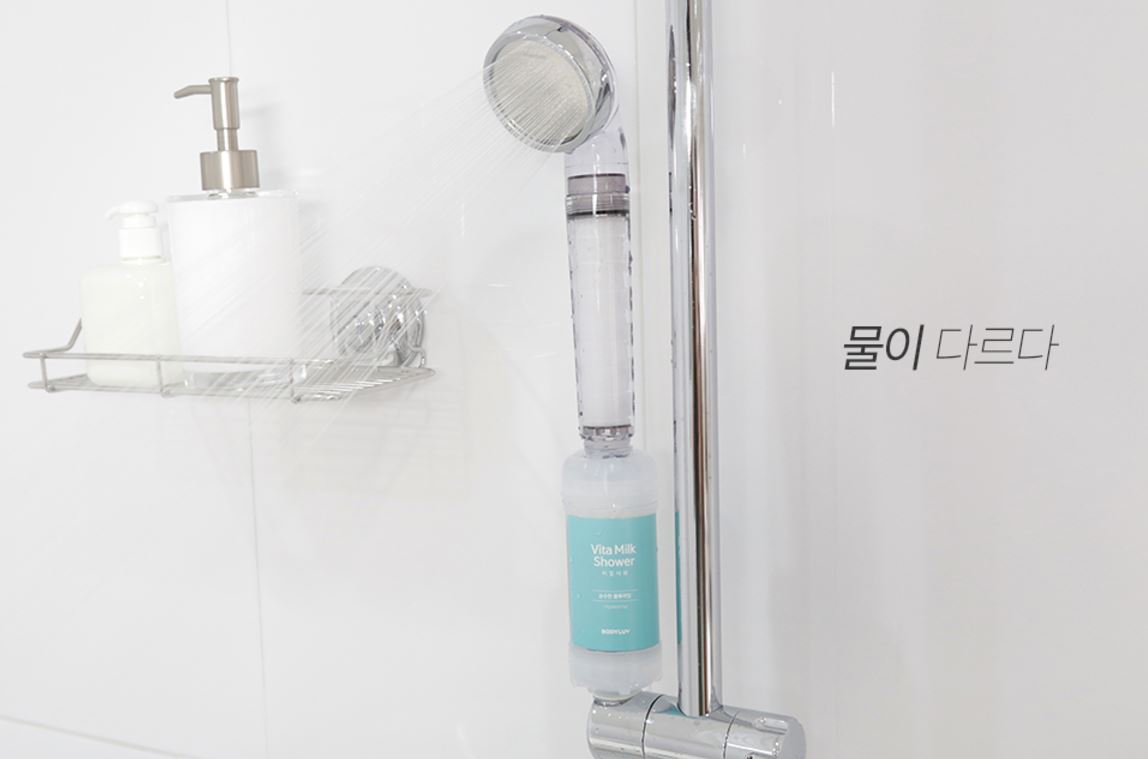 In reality, there is residual chlorine in domestic water from water purifying process. 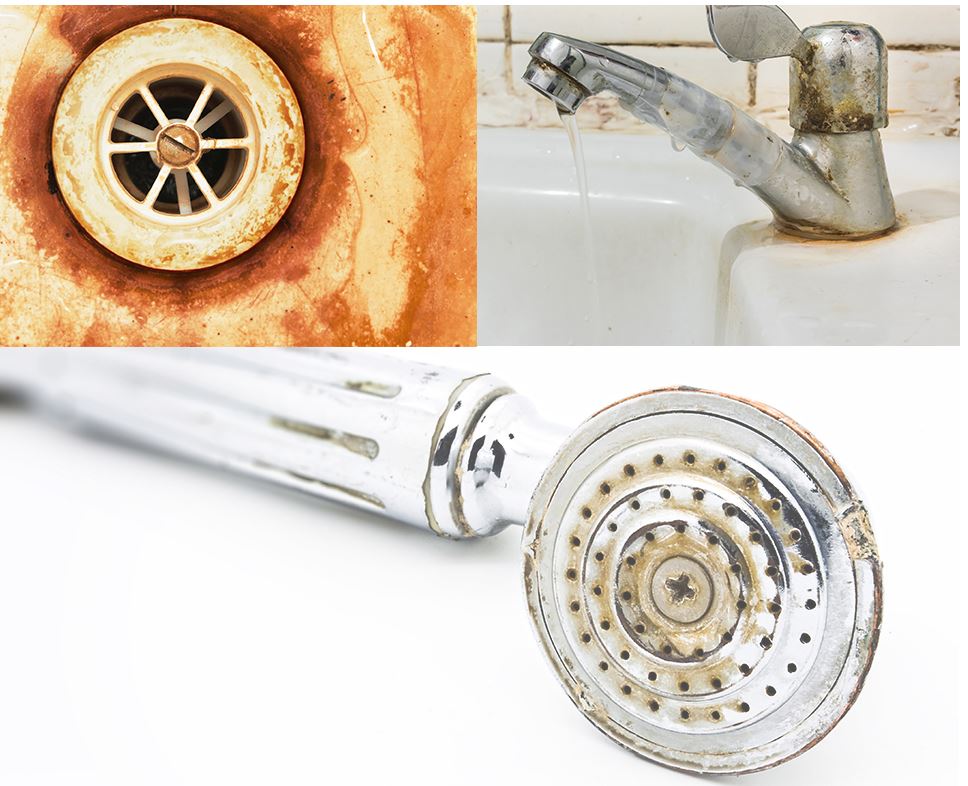 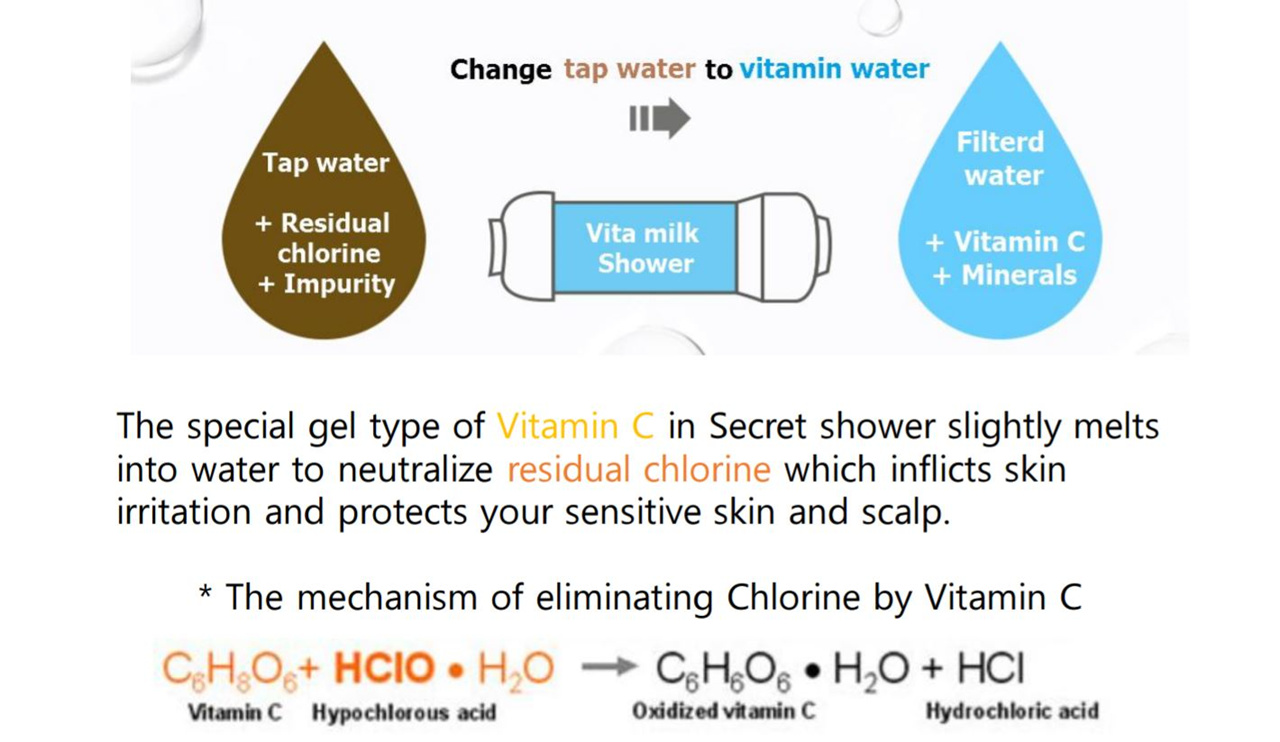 The tap water for domestic use is treated with chlorine, which can cause rashes and skin irritation.
BodyLuv Vita Milk Shower is designed to convert regular tap water into natural mineral water.


The Vita Milk Shower infuses the tap water with Vitamin C, which naturalizes the water chemically to eliminate the harmful chlorine

The Vita Milk Shower comes infused with three natural aromas; Lavender, Lime, Grapefruit, so you can have a fulfilling aromatherapy shower. It will give you spa-like sensations right at home 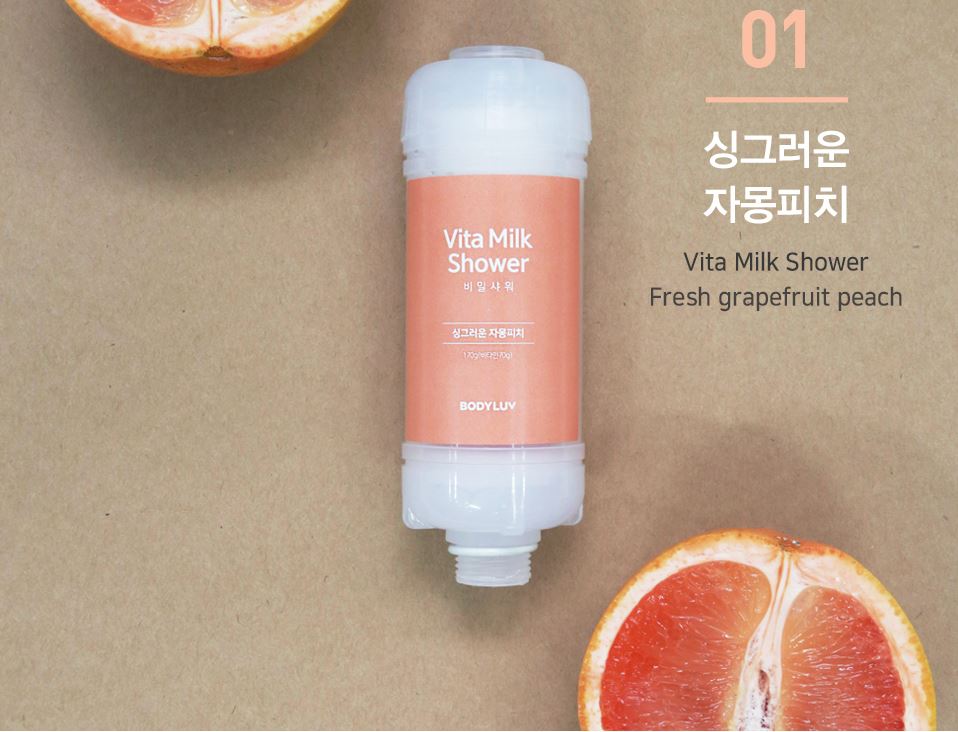 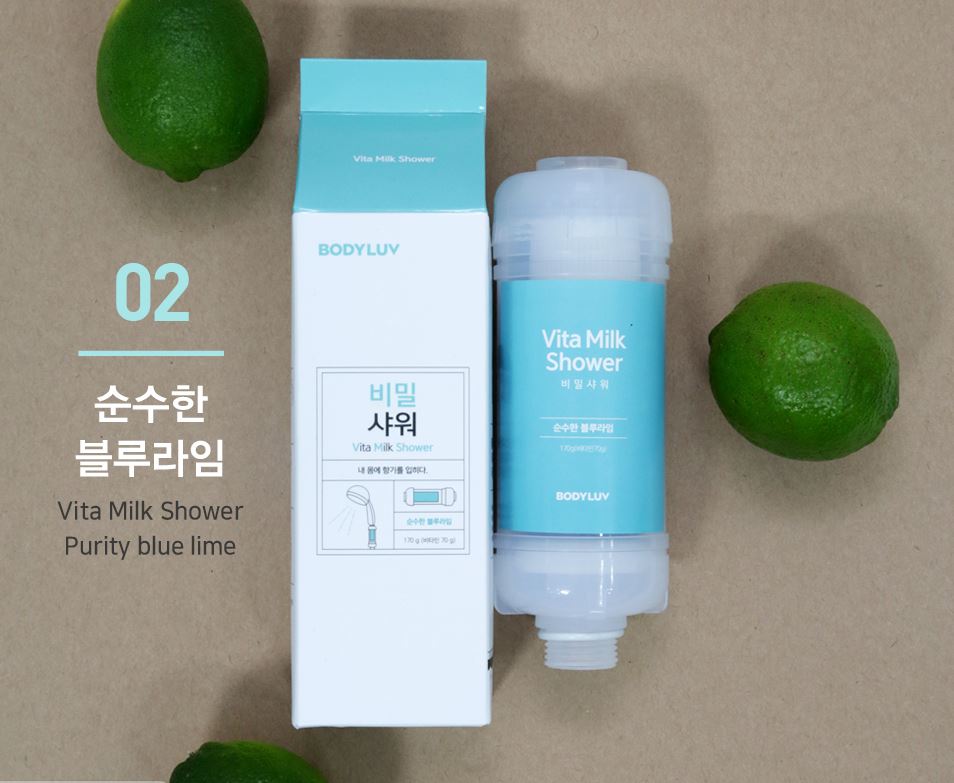 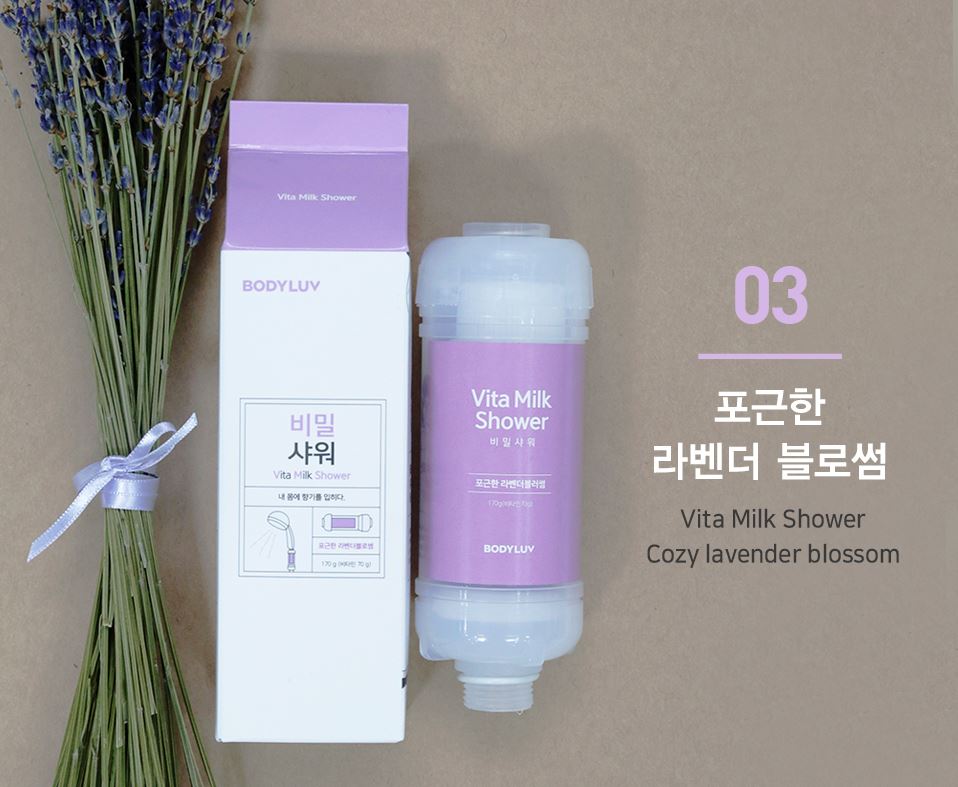 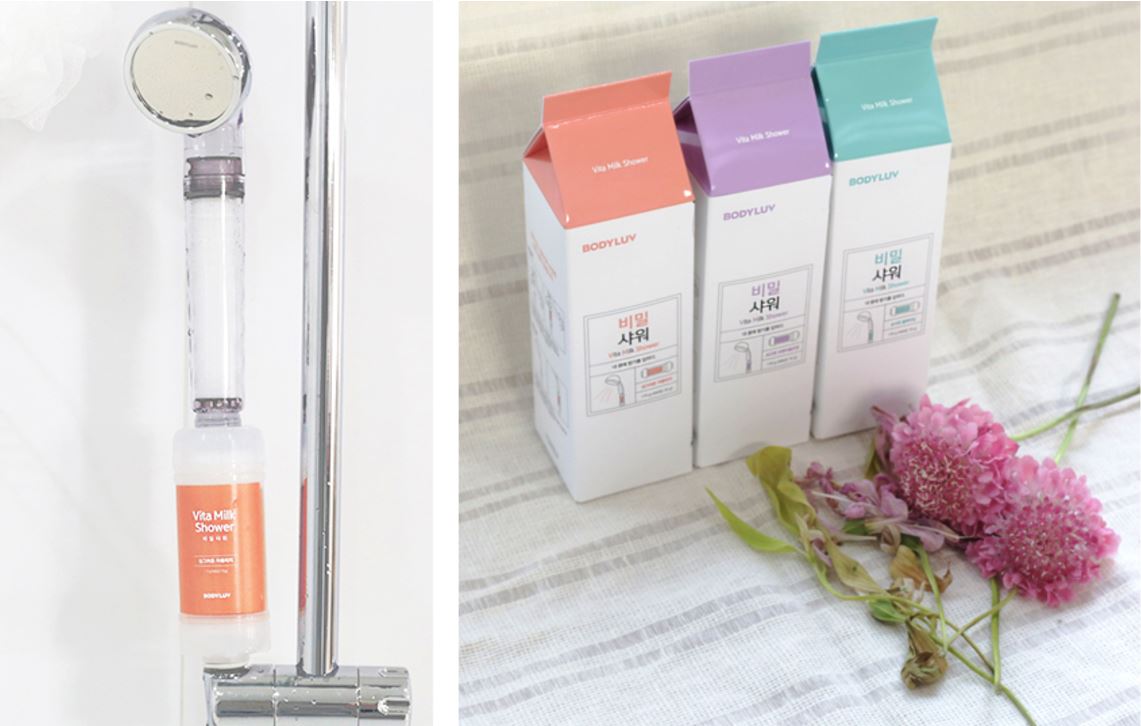 How to install Vita milk shower on shower head?

1. Disassemble the existing shower head and connected hose by hands.

3. Fasten the joint parts of the shower head to stop leaking.

How to install Vita Milk shower on faucet’s body ?

1. Disassemble the joint screw located between faucet’s body and hose.

3. Fasten the joint parts to stop leaking. Tip! When the joint screw of faucet’s body is too strong to disassemble, you can use monkey spanner to unfasten it 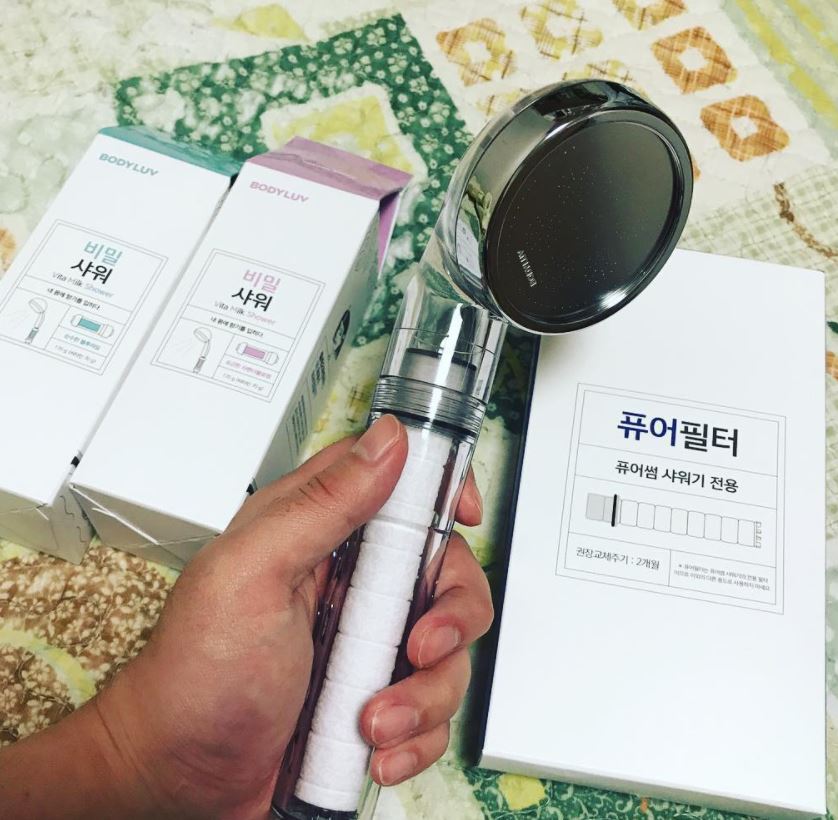 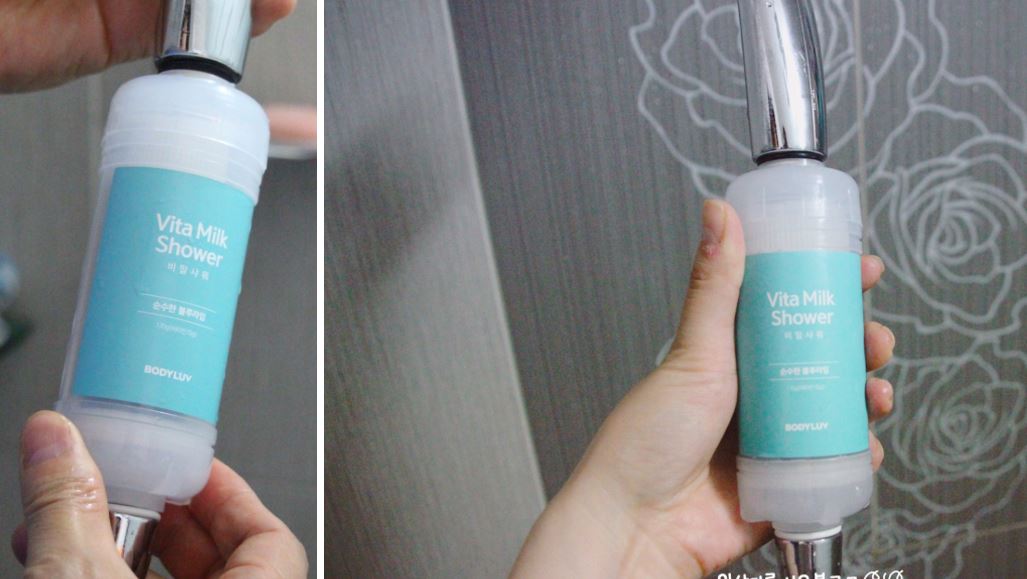 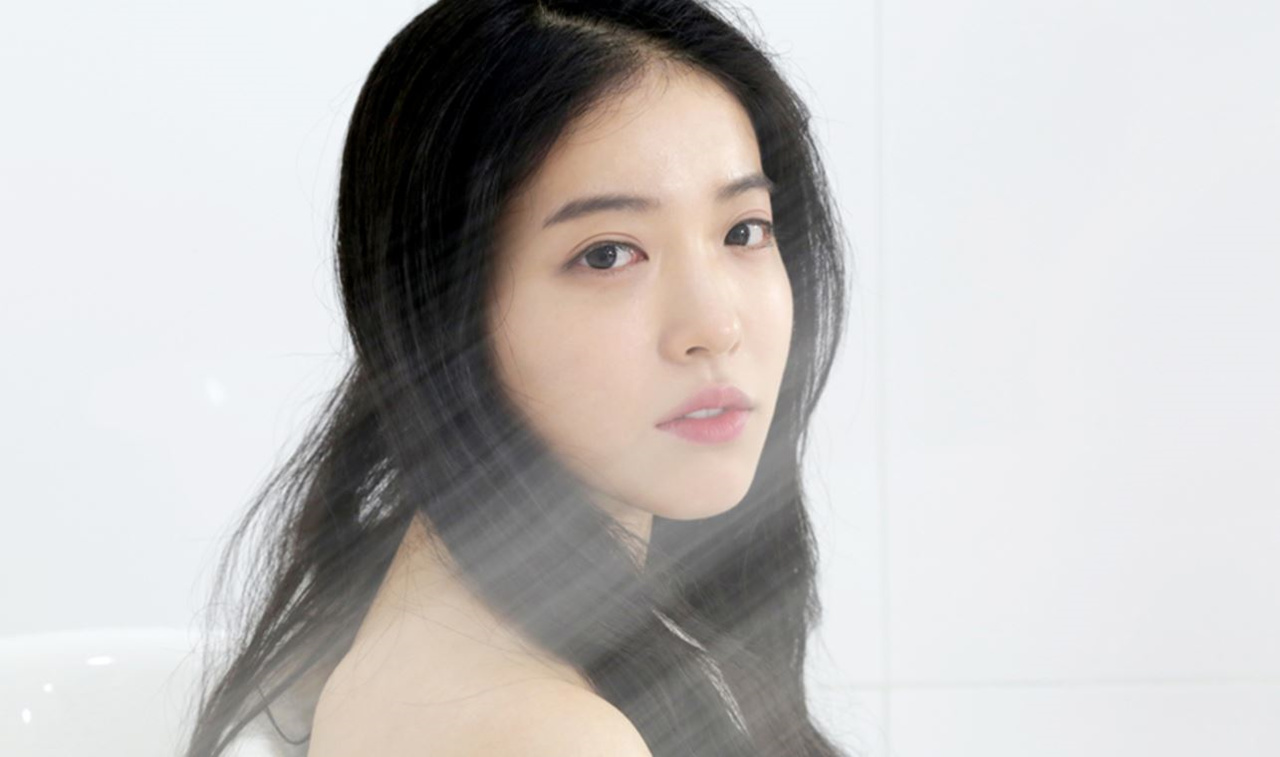 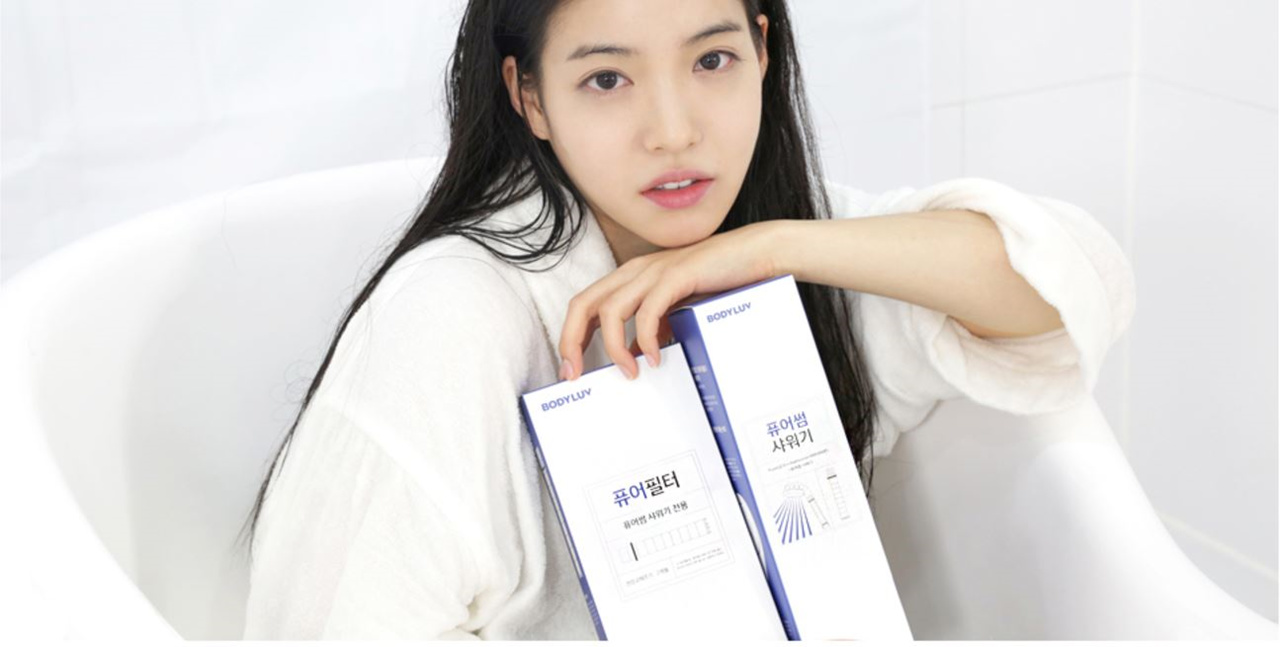 The most perfect shower in the world.

You may return most new, unopened items within 30 days of delivery for a full refund. We'll also pay the return shipping costs if the return is a result of our error (you received an incorrect or defective item, etc.)..

You should expect to receive your refund within four weeks of giving your package to the return shipper, however, in many cases you will receive a refund more quickly. This time period includes the transit time for us to receive your return from the shipper (5 to 10 business days), the time it takes us to process your return once we receive it (3 to 5 business days), and the time it takes your bank to process our refund request (5 to 10 business days).

If you need to return an item, simply login to your account, view the order using the "Complete Orders" link under the My Account menu and click the Return Item(s) button. We'll notify you via e-mail of your refund once we've received and processed the returned item..

We can ship to virtually any address in the world. Note that there are restrictions on some products, and some products cannot be shipped to international destinations..

Please also note that the shipping rates for many items we sell are weight-based. The weight of any such item can be found on its detail page. To reflect the policies of the shipping companies we use, all weights will be rounded up to the next full pound..

Have question? Ask an Beauty Expert

is added to your shopping cart.

Get the latest updates on new arrival and Offers.
We promise to only send you good things!

Ask the Expert about your doubts ?